I brought back one of my favorites, popsicle stick art for mini canvases for an after school class. 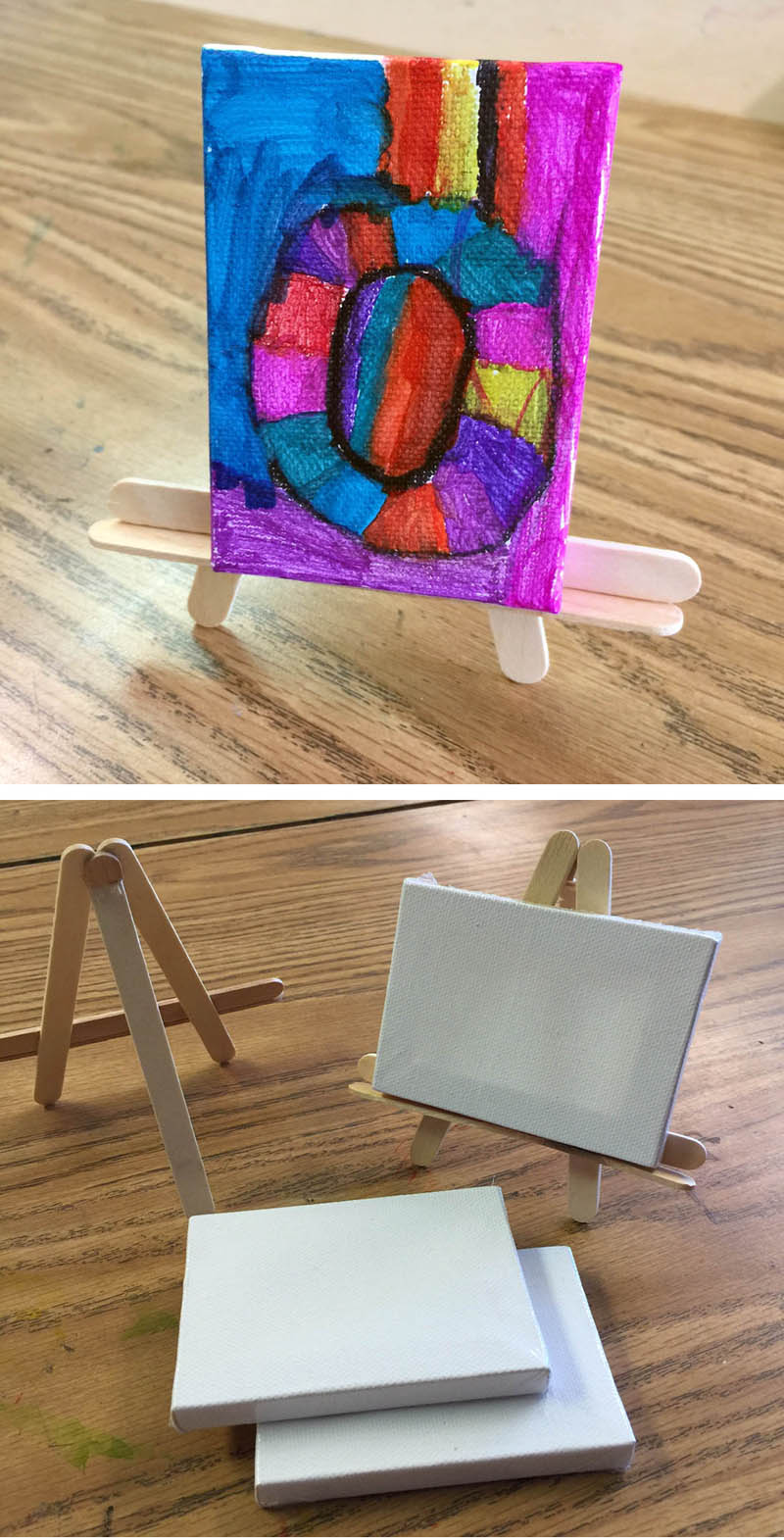 Mini canvases, brush Sharpies and homemade craft stick easels. My lesson was about making art with letters, so they just drew their first initial in block form and decorated it with lots of patterns. A nice, simple way to make a work of art without worrying that their drawing had to look a certain way. Also a possible lesson to teach about the art of Jasper Johns, who often worked with letters.

DIRECTIONS
PREP: Make an easel according to instructions. My class had 6 – 8 year olds, but older students may be able to make their own, if the stick cutting step is done form them.
1. Students lightly draw their initial in block form on the canvas.
2. The drawing is colored in with the Sharpie marker. I recommend a solid background and then patterns on top. Silver Sharpies also add a nice sparkle at the end.